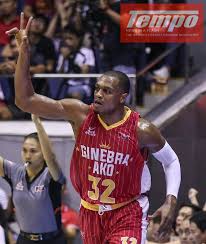 The Kings (5-3) face the Fuel Masters (3-4) at 7 p.m. with their eyes on tying the Blackwater Elite for fourth place while continuing to make significant progress in Stanley Pringle’s second game since being traded from NorthPort last week.

Pringle was impressive during his debut last Sunday, posting 16 points, eight rebounds, three assists and two steals as Ginebra rolled to a 100-85 win over NLEX in Batangas City.

Import Justin Brownlee, LA Tenorio, Scottie Thompson, Japeth Aguilar, Greg Slaughter and Joe Devance are expected to do well for Ginebra, which enters a stretch of two games in three days that includes a Sunday duel with Alaska.

Phoenix tries to score back-to-back wins for the first time this conference after denying NorthPort a chance to gain the solo lead last Wednesday, 97-87, behind 28 points from Matthew Wright.

Rain or Shine (3-3) battles NLEX (1-7) in the 4:30 p.m. opener, with the Road Warriors parading Olu Ashaoulu as import in preparation for the season-ending Governors’ Cup in September.

Meanwhile, Magnolia gained a measure of revenge on San Miguel Beer in unlikely fashion, rolling out to a 118-82 win Wednesday at the Big Dome.

The Hotshots were savoring the victory after blowing a 17-point lead and lost 72-71 that gave the Beermen their fifth straight title in the season-opening conference.