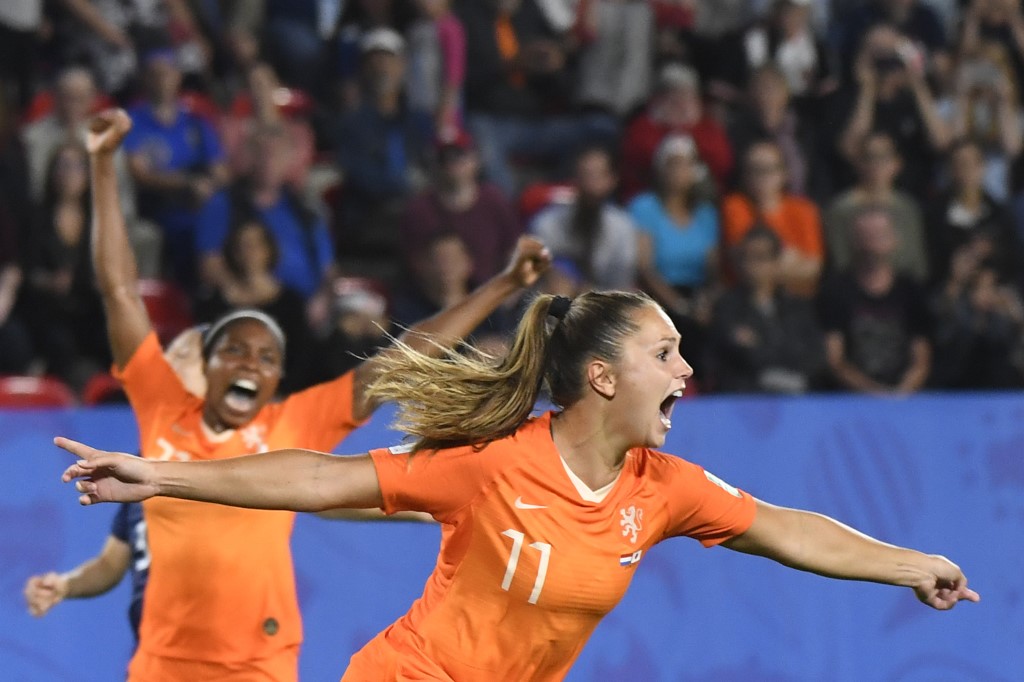 RENNES, France (AFP) – A last-minute Lieke Martens penalty took the Netherlands through to the women’s World Cup quarterfinals on Tuesday as it joined Italy in the last eight, confirming Europe’s supremacy at the tournament and ending Asian interest already.

The Dutch scraped past Japan, 2-1, to set up a quarterfinal on Saturday in Valenciennes against the Italians, who had beaten China, 2-0, earlier in the day thanks to goals from Valentina Giacinti and Aurora Galli.

Those results mean seven of the eight quarterfinalists in France are European, with holders and favorites the United States the sole exception. There had never previously been more than five European sides in the last eight of a women’s World Cup.

Such an early exit is particularly painful for Japan, who won the World Cup in 2011 and were beaten finalists four years ago in Canada.

The Nadeshiko had their hearts broken in Rennes as Barcelona star Martens converted a 90th-minute spot-kick awarded after a Vivianne Miedema shot had struck the arm of captain Saki Kumagai in the box.

The European champions, who lost by the same scoreline to Japan at the same last-16 stage in 2015, are through to the quarter-finals for the first time.

Tearful Kumagai
She had given the Netherlands a 17th-minute lead with a superb backheel flick into the net from a Sherida Spitse corner, but Japan equalised just prior to half-time when Mana Iwabuchi supplied Yui Hasegawa to fire high into the net.

Japan had hit the post before that through Yuika Sugasawa, and Hina Sugita smashed a shot off the underside of the crossbar during a second half in which Japan were superior.