Carl Corpus pounced on Aidric Chan’s shocking frontside meltdown then outshot the erstwhile leader at the back to overcome a six-stroke deficit and move up by one with a 72 in a topsy-turvy third round at the Luisita Golf and Country Club in Tarlac yesterday that also saw five others dispute the third and last berth in the 2019 SEA Games men’s team.

Corpus fumbled with a 37 after nine holes but Chan fared a lot worse with two double bogeys and two bogeys in an atrocious start for the reigning national junior champion.

Chan actually moved up by two again with a birdie on No. 11 but bogeyed the 14th and Corpus surged ahead on a clutch two-shot swing (birdie-bogey) on the par-5 No. 16, finishing with a gutsy 37-35 for a 500 heading to the final 18 holes of the gruelling eight-round elims for the three spots for the national team vying in this year’s SEA Games organized and conducted by the National Golf Association of the Philippines. 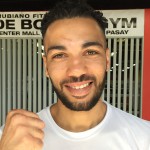