The Manila Police District (MPD) is running after the people behind the sale of Chinese flags at the Luneta Park in Manila.

“MPD is in the process of identifying the suspects who maliciously ordered the display and selling of Chinese flags in an unauthorized place,” Manila Police director Brig. Gen. Vicente Danao Jr. said on Tuesday.

“Help us identify the true names so we can immediately file the case,” he added.

The Manila police chief said the suspects may face charges for violation of Republic Act 8491 which prescribes the code of the national flag, anthem, motto, coat-of-arms, and other heraldic items and devices of the Philippines.

Danao said under Section 34 of the said law, it is prohibited to display any foreign flag except embassies and other diplomatic establishments, and in offices of international organization; and to use, display or be part of any advertisement or infomercial in public.

The incident coincided with the celebration of Filipino-Chinese Friendship Day, officially declared by former President Gloria Macapagal-Arroyo through Proclamation No. 148 series of 2002. (Erma Edera) 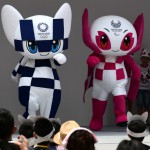 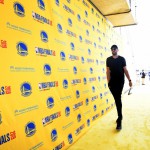