Nadal should be more rested for Sunday’s match, because Thiem needed two days to complete his five-set, four-hour semifinal victory over Novak Djokovic.

Nadal is 92-2 for his career at Roland Garros. He can become the first man or woman to win the same major tournament 12 times. 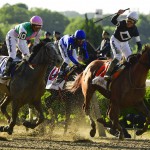