Armed with twice-beat-incentives, the top seed Strikers dominated Pasigueño , 86-68, while the second-ranked Generals thumped Solid San Juan, 110-75, to advance right away in the South Division championship of the M-League backed by the Metro Manila Development Authority (MMDA) and the Philippine Basketball Association (PBA) with Barangay 143 as league presentor.

Bacoor Strike sa Serbisyo and Taguig, seeded Nos. 1 and 2, respectively, in the South Division collide in a winner-take-all South Division finale on Tuesday in the event with Manila Bulletin as media partner.

Led by the FEU connection of Prince Orizu and RJ Ramirez, Bacoor leaped to a 28-13 first quarter lead and never left the driver’s seat since then en route to its 10th straight win after topping the elimination round with an unblemished 9-0 slate.

Orizu and Ramirez scored 15 points each in both less than 20 minutes of action to spearhead the attack of the Strikers who are three wins away from a season sweep of the M-League’s second conference which is also bankrolled by Synergy 88, World Balance, Excellent Noodles and San Miguel Corporation as major sponsors.

For Taguig, former PBA player Jonathan Uyloan finally broke out with a 22-point eruption on top of six rebounds and five assists.

Backstopping Uyloan – who played for Rain or Shine, NorthPort and Meralco in the pro-league – was Grevannie Rublico with 21 markers built around six triples in just 14 minutes of play together with import Emmanuel Ojuola who had 14 points and 10 rebounds. 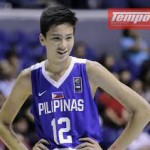 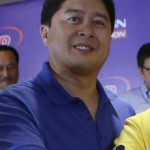