The 32-year-old will now face fifth seed Alexander Zverev in what will be his 13th appearance overall in the quarter-finals in Paris.

“It was tricky with the rain, but that’s Paris,” said the 2016 champion after playing in drizzly conditions.

“I’m really confident with my serve. I hope it continues like that.”

Only Australian great Rod Laver has held all four majors at the same time twice before, after his calendar Grand Slams in 1962 and 1969.

Last year he achieved his best run at the Slams, making the quarter-finals where he was defeated by eventual runner-up Dominic Thiem.

“It’s going to a great match and a tough battle against Novak, the world number one, it’s going to be interesting,” said Zverev who is 2-2 against Djokovic in his career.

However, he won their only meeting on clay in the Italian Open final in 2017 in straight sets and beat him in the ATP Finals later that year.

Japanese seventh seed Nishikori came back from 1-4 and 3-5 down in the final set to beat Benoit Paire of France and set-up a quarter-final clash on Tuesday against defending champion Rafael Nadal.

“He almost had it today,” said Nishikori who had led two sets to one when the last-16 tie was suspended on Sunday.

“He served for the match at 5-3 but I just tried to fight and play one point at a time.”

The 29-year-old Japanese could have wrapped it up in the fourth set when he had two match points but squandered both, the second on a double fault.

Paire, the world number 38 who was trying to make the quarter-final of a Slam for the first time, was eventually undone by 15 double faults and 79 unforced errors.

Nishikori has only defeated 11-time French Open champion Nadal twice in 12 meetings with both of those wins coming on hard court. (Agence France-Presse) 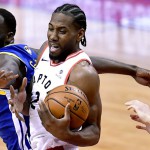