Valenzuela will have a new coach in local hero Gerry Esplana when it launches its title campaign in the Lakandula Cup of the Maharlika Pilipinas Basketball League starting this month.

Esplana’s appointment was announced yesterday right after it held a media briefing announcing its new partner in SPVTOP Marketing owned by Brick Agcopra at the West Avenue Suites in Quezon.

“We agreed in principle but we’re still going to talk formally to finalize the details,” said Esplana, who is also the city’s current sports coordinator.

The arrival of Esplana, a former mentor of Emilio Aguinaldo College in the NCAA, should stabilize Valenzuela a bit after changing coaches thrice in the Datu Cup tourney.

He will coach a squad that is bannered by ex-pros Paulo Hubalde and Hans Thiele and veteran players like Marlon Kalaw, Ford Ruaya, Joshua Alcober and Chris Dechavez.

The team solidified its roster even further by tapping big man Mark Andaya, who was part of the team in the MPBL’s inaugural season two years ago, and wing man Erwin Sta. Maria from the Marikina Shoemakers. 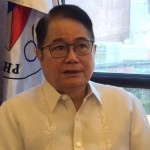