TOKYO, Japan – President Duterte on Friday expressed desire to see the Philippines become like Japan where people are committed to follow the law.

Duterte, addressing Nikkei’s 25th International Conference on the Future of Asia, noted how Filipinos aspire for a prosperous country where families thrive in vibrant, resilient, and secure communities.

“To achieve this vision, my government is determined to catapult the Philippines to the ranks of upper middle-income countries with a thriving knowledge economy,” he said.

“I am determined to see our policies support the poor,” he added, citing the enactment of the Free Tertiary Education and Universal Healthcare laws as examples.

According to Duterte, he won the presidency on a platform of law and order, wishing that the Filipinos would be committed to follow the law, just like the Japanese people.

“I wish to see the Philippines that is like Japan, the people’s commitment to follow the law or civic mindedness is so developed that people instinctively refrain from actions that are detrimental to society as a whole,” he said.

Duterte also expressed his government’s desire to strengthen the character of the youth by taking out the Philippines from the clutches of drug cartels.

“We are pursuing all of these in a balanced and comprehensive manner consistent with the imperatives of democratic ideals and the values and the rule of law. We will not be deterred in pursuing this task,” he said.

“So there are millions of dysfunctional families in my country. And I said, I’d be frank with you: Do not do it in the Philippines, I will kill you. Period,” he added.

Duterte proudly noted how the country’s engagement with Japan is an exercise of responsible partnership.

“It is one that empowers rather than fosters dependency. It is underpinned by friendship and reconciliation, deepened through the years by mutual respect and understanding,” he said. (Argyll Cyrus B. Geducos) 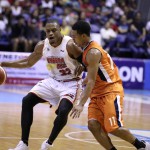