Rene “The Challenger” Catalan does not see any conflict in his plans to compete in the upcoming Southeast Asian Games and his dream of becoming a World Champion in ONE Championship.

Catalan confirmed that he will be making his return to biennial regional competitions for combat sambo, but he insists this will not interfere with his plans of maintaining his hot streak in The Home Of Martial Arts.

The 40-year-old said that he already got the blessings of the ONE higher-ups before making the decision to compete for the Philippines.

“I had to ask the authorities regarding this decision. I can still accept a fight until October before I turn my focus to the SEA Games,” he shared.

“They granted my request because I am ready from August to October, and then the competitions would only run ‘til December.

“Now that I have this chance to give a gold medal to the Philippines again, I can’t really say no.”

Catalan last represented the country in the SEA Games back in 2005, where he won a gold medal in wushu sanda. He took that to the next level a year later by winning another gold medal — this time, in the Asian Games.

Now, back after more than a decade, “The Challenger” is ready to take some names once again in the regional meet.

“It’s been 14 years, I am just so happy to be given the opportunity to represent the Philippines once again,” Catalan said.

“Ever since I was a kid, my main goal has always been to give honor to my country. Now I have another opportunity to bring home a gold medal to the Philippines.”

Catalan, who sent shockwaves across the region by winning the Southeast Asian Sambo Championships last year, said that this will be a swan song of sorts for him when it comes to representing the country.

After this, his focus will be entirely on his career with ONE Championship and coaching the national team full-time.

“I saw that I have a good chance of bringing home a medal, so I decided to compete one more time,” he offered.

“Next year, I’ll be focusing on coaching the national team in sambo combat — that’s why I’ll definitely give my all to guarantee a gold medal in my last stint in the SEA Games.” 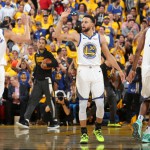