The Basilan Steel vowed to be the “Ambassadors of Peace” apart from their desire of figuring prominently in the Maharlika Pilipinas Basketball League which opens shop on June 12 at the Mall of Asia Arena.

The Steel underwent a major reboot that saw only three players retain by the management owned by businessman Hegem Furigay with Gov. Majiv Hataman as the local government unit partner and Jax Chua as assistant general manager.

Among the key acquisitions are Jonathan Uyloan, a member of the Rain or Shine champion team in 2012 who also played in PBA teams Globalport and Meralco; Anthony Bringas, who suited up for the Meralco Bolts in the PBA; former Perpetual Help standouts Gab Dagangon and Jett Vidal; former San Sebastian star Allyn Bulanadi; and Irven Palencia, one of the top scorers of three-peat NAASCU champion St. Clare.

Also suiting up for the Steel are MPBL All-Stars Jay Collado and Hesed Gabo from the Quezon City Capitals; Bobby Balucanag and Shaq Alanas from the Pasay Voyagers; Michole Sorela from the Navotas Clutch; Jhaps Bautista from the Makati Super Crunch; and former pro Dennis Daa. 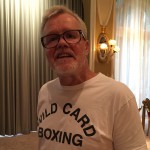