President Duterte took a swipe at dismissed Food and Drug Administration Director General Nela Charade Puno for alleged corruption, saying he did not know the agency was considered a “gold mine” for the corrupt.

The President mentioned the case of Puno while reiterating he does not tolerate corruption in government during a speech in Davao City Thursday night.

Duterte recently terminated the appointment of Puno after receiving complaints about alleged wrongdoing in the agency. Puno is the wife of foamier Road Board Executive Director Rodolfo Puno.

Duterte noted that even the business community has welcomed the dismissal of Puno from the FDA.

Malacanang earlier announced the dismissal of Puno from the top FDA post amid the government’s campaign against graft and corruption.  The appointment of Puno was terminated effective immediately in a letter written by Executive Secretary Salvador Medialdea to Puno last May 15. (Genalyn Kabiling) 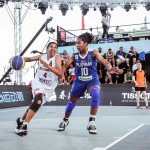