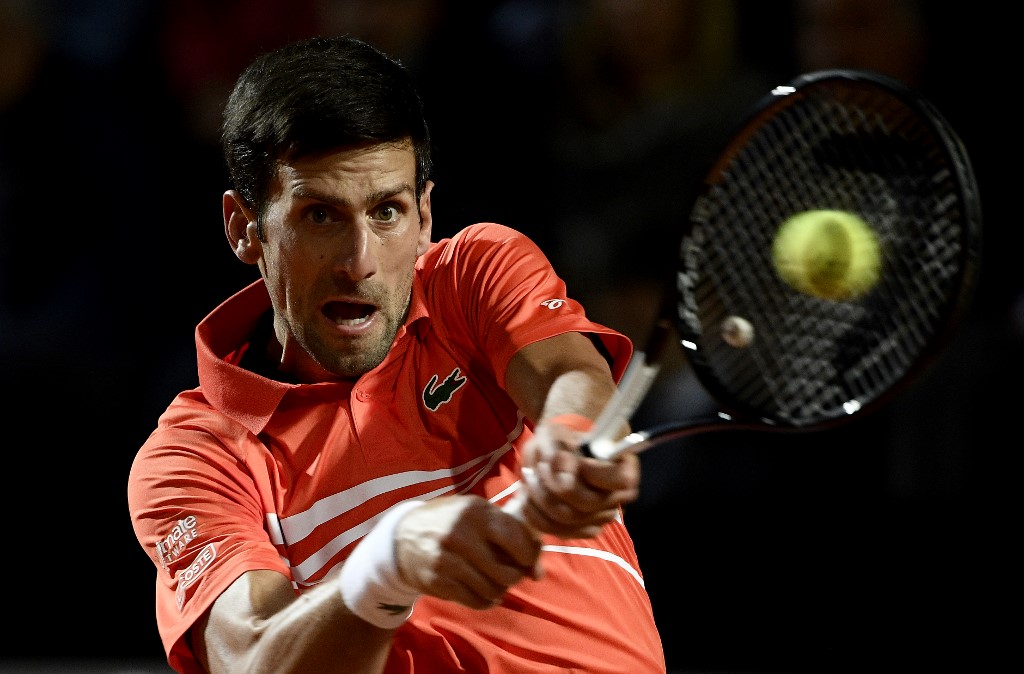 PARIS (AFP) – Novak Djokovic can become only the second man in history to have twice held all four Grand Slam titles at the same time with victory at the French Open.

However, a returning Roger Federer and rejuvenated Rafael Nadal will once again stand in his way.

World number one Djokovic completed his first private stranglehold of all four Slams with victory at Roland Garros in 2016.

Having clinched the 2018 Wimbledon and US Open titles and then a seventh Australian Open crown in January this year, the Serb is tantalisingly close to another ‘Djoko Slam’.

Federer and Nadal, with 20 and 17 career Grand Slam titles each respectively, may be ahead of 15-time major winner Djokovic in total hauls and have also completed career Slams.

However, not even Federer or Nadal have managed to hold all four of the sport’s greatest prizes at the same time.
It is such a rare feat that only Don Budge (1938) and Rod Laver (1962 and 1969) – all calendar Grand Slams – have pulled off the sweep in the sport’s history.

Djokovic, who turned 32 on Wednesday, is playing down his potential date with destiny even if it would put him halfway to a 2019 calendar Slam of his own.

After losing to Nadal in the Italian Open final last weekend, the Serb was in no doubt that it was the Spaniard who would likely be celebrating a 12th Roland Garros title in a little over two weeks’ time.

“Nadal, number one favorite, without a doubt – then everyone else,” he said.

Djokovic, who will be top seed in Thursday’s draw, could be forgiven his caution.

At Roland Garros in 2018, he was shocked by Italian journeyman Marco Cecchinato in the quarter-finals, a defeat which was such a crushing bodyblow that he even contemplated skipping Wimbledon.

Federer is returning to Roland Garros for the first time since 2015 having turned his back on clay court tennis to focus on Wimbledon.

This year marks the 10th anniversary of his one and only Paris triumph and should the 37-year-old defy the odds and clinch the 2019 title he would become the oldest Grand Slam champion of all time.

Age hasn’t dimmed his ability with Federer saving match points to beat Gael Monfils in Madrid and in Rome against Borna Coric as he found his feet again on European red clay.

Nadal, whose record at Roland Garros stands at a staggering 11 titles and a win-loss record of 86-2, claimed a ninth Italian Open title and a record 34th Masters on Sunday.

His three-set win over Djokovic was timely as it was his first title of 2019 and had followed three successive semi-final losses at Monte Carlo, Barcelona and Madrid.

The last two of those were against Dominic Thiem and Stefanos Tsitsipas, both of whom play with a one-handed backhand, just like Federer.