El Joshua Cariño returns to defend his title as stalwart of the Philippine National Team in the 10th running of the Le Tour de Filipinas set from June 14 to 18.

For this year’s Le Tour, PNSI team owner Ernesto “Judes” Echauz, one of PhilCycling’s major stakeholders, agreed to have the team race for flag and country as part of the national riders’ preparations for the 30th Southeast Asian Games in December.

Bike X Philippines is the fourth local squad that will be facing a tough challenge from 11 foreign teams, almost all of which are UCI continental teams. Five riders are racing for each of the teams.

The Le Tour kicks off on June 14 with a short yet demanding 129.50-km Stage 1 on an out-and-back course marked with several climbs in Tagaytay City. The tour entourage transfers to Lucena City in Quezon Province where the cyclists will spend the night before Stage Two on June 15 that will be a long 194.90 kms from Pagbilao to Daet in Camarines, Norte. 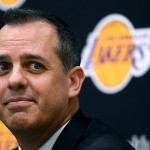