There’s probably no question that the three San Miguel Corporation-owned teams will remain as teams to beat when the PBA Commissioner’s Cup begins Sunday at the Smart Araneta Coliseum.

Barangay Ginebra San Miguel heads into the midseason tournament with a strong chance of retaining its crown as Justin Brownlee hopes to claim his fourth championship since debuting in 2016.

San Miguel Beer and Magnolia, teams that battled in last night’s seventh game of the PBA Philippine Cup Finals, are expected to enter the conference in high spirits regardless of the outcome of the league’s most important championship.

Former Best Import Charles Rhodes is back with San Miguel after being sorely missed last year while Magnolia has tapped the services of former Columbian Dyip import John Fields.

Reinforcements could enhance the chances of teams that fell short in the all-Filipino tournament, particularly Meralco which got even better with import Gani Lawal and new addition Raymond Almazan.

Lawal has impressed in the Bolts’ tune-up matches while the signing of Almazan courtesy of a trade with Rain or Shine has given them enough reason to be optimistic of their chances.

Denzel Bowles and Rob Dozier also look to win another championship this time with different teams.

Bowles joins Rain or Shine after years of playing for the Purefoods franchise while Dozier suits up for Phoenix Pulse after two stints with Alaska.

Both Phoenix and Rain or Shine are looking to improve on their semifinal appearances in the Philippine Cup.

Ray Parks Jr. makes his much-awaited debut for Blackwater which will be mentored by Aries Dimaunahan and backed by ex-Meralco import Alex Stepheson.

TNT may have tapped the most impressive import of the upcoming conference in former NBA player Terrence Jones. But the question lies as to whether his presence will be enough to end the KaTropa’s streak of four consecutive absence from the semifinals.

Parks and Blackwater collide with Meralco in the tournament’s first game on Sunday followed by the match pitting Alaska, reinforced by 35-year-old Chris Daniels, and Columbian which has Kyle Barone. 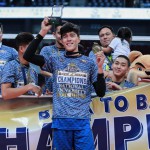 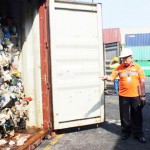