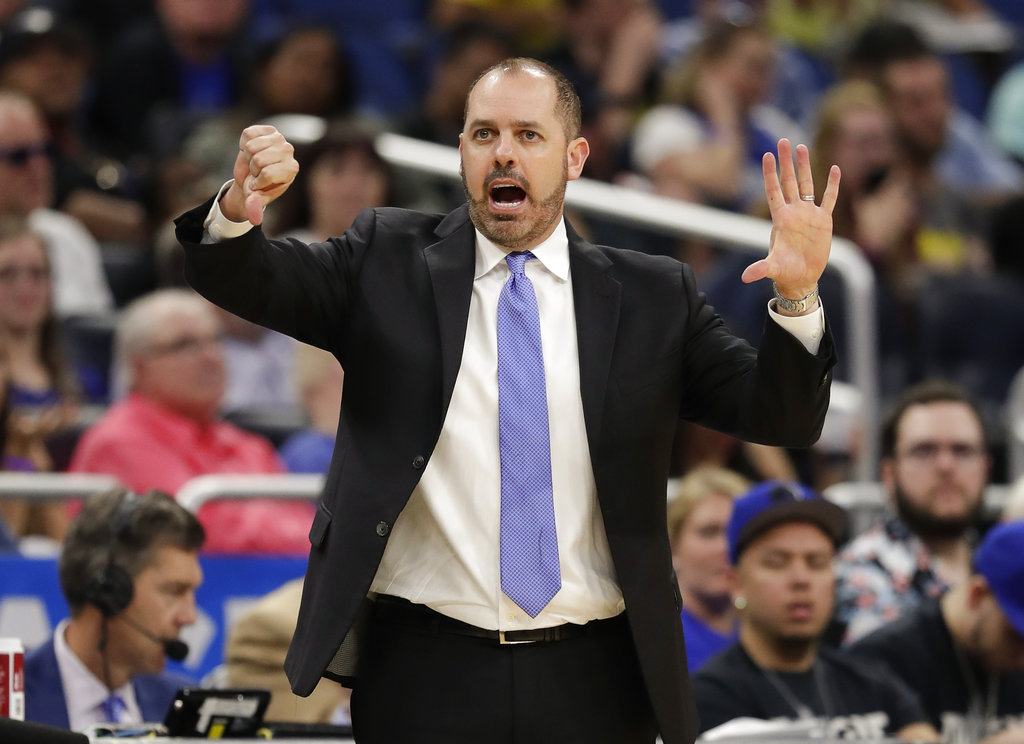 NBA superstar LeBron James and the Los Angeles Lakers will be coached next season by Frank Vogel, a former coach at Indiana and Orlando, with Jason Kidd as an assistant, media reports said Saturday.

Vogel has agreed to a three-year deal to coach the Lakers with former NBA star guard Jason Kidd to serve in a major assistant’s role, ESPN and the Los Angeles Times reported, each citing unidentified sources.

The move came two days after Vogel interviewed with the club, which has missed the NBA playoffs for six consecutive seasons and hopes to rebuild around James, who joined the team last season after eight consecutive trips to the NBA Finals.

It also follows reports that Tyronn Lue, a former coach of James with the Cleveland Cavaliers, was set to become the Lakers coach before talks fell apart.

Vogel went 304-291 in eight seasons as an NBA coach, six with Indiana from 2010-2016 and the next two with a rebuilding Orlando Magic squad.

Vogel guided the Pacers to the Eastern Conference finals in 2013 and 2014 but missed the playoffs in the of the four seasons after that.

Lakers general manager Rob Pelinka gathered information on Vogel, 45, and Kidd, 46, for the past few days, ESPN reported, noting Vogel was a candidate for the New York Knicks coaching job in 2016 when former Laker coach Phil Jackson was the Knicks’ decision maker.

The Lakers are searching for a replacement for Luke Walton, who parted ways with the Lakers last month after they endured another disappointing campaign. (Agence France-Presse)