LEGAZPI CITY – Daraga, Albay Vice Mayor Victor Perete on Friday assumed the mayoral post based on the order of the Department of the Interior and Local Government designating him as acting town mayor following the detention of Mayor Carlwyn Baldo.

Baldo, accused of double murder and six counts of attempted murder, is being detained at the Legazpi City Jail.

He has been tagged by the police as the mastermind in the assassination of Ako Bicol party-list Rep. Rodel Batocabe and his security escort in December 2018.

The order, signed Friday by DILG Region 5 (Bicol) director Anthony Nuyda, said that after due deliberation by the joint committee task force of the Commission on Elections and the DILG, it has found no impediment to the implementation of the rule on succession under the provision of the Local Government Code or Republic Act No. 7160.

The order cited that “in view of the detention of Baldo and rendering him temporarily incapacitated to perform his duties, Perete, being the vice mayor and upon receipt of this memorandum order, may already assume as acting mayor of the town in accordance with Section 46 of RA 7160.”

Perete, upon receipt of the order, was directed to coordinate with the DILG provincial office and the municipal chief of office for the smooth and effective implementation of his assumption as acting town mayor.

In compliance with the DILG order, Perete issued a memorandum before the close of office hours informing Albay Gov. Al Francis Bichara, members of the Sangguniang Bayan (municipal council), and department heads of the town that he is assuming as acting mayor of Daraga effective May 10. (PNA and Nino Luces) 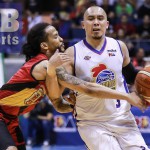