Six-foot-10 June Mar Fajardo and the 5-foot-9 Mark Barroca lead a group of players who can potentially win the Finals Most Valuable Player award in the PBA Philippine Cup title showdown between San Miguel Beer and Magnolia.

Recently-named as the Best Player of the Conference for an unprecedented eighth time, Fajardo averaged 24.8 points and 15.8 rebounds after four games that saw the Beermen and Hotshots locked in a 2-2 tie.

Barroca has emerged as the most consistent player for Magnolia with averages of 18.3 points, 2.0 rebounds, 4.0 assists and 1.0 steals to boost his chances of a second straight Finals MVP.

The pivotal 3-2 lead was being played at presstime with Fajardo and Barroca expected to once again play big roles in their respective teams’ quest to move closer toward the crown.

Fajardo had 35 points and 21 rebounds in a losing effort in Game 1 and posted 31 points on 13-of-14 shooting in Wednesday’s Game 4 victory.

Fajardo has won the Finals MVP award twice which came in the 2015 Governors’ Cup and last season’s Philippine Cup.

Hailed as the best player of last season’s Finals victory in the Governors’ Cup, Barroca produced back-to-back 22-point performances in Games 3 and 4 as the Hotshots moved two wins shy of ending the Beermen’s four-year reign in the All-Filipino tourney.

Barroca is eyeing his third Finals MVP plum, having won his first in the 2014 Philippine Cup when the then-San Mig Super Coffee Mixers began its successful run to a Grand Slam.

Potential candidates on San Miguel’s side are Terrence Romeo, Chris Ross, Alex Cabagnot and Arwind Santos, though all four have struggled to find their consistency on offense. 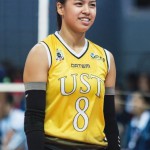 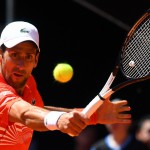