Defending champion University of the Philippines seeks a return trip to the finals against De La Salle today in the UAAP men’s football Final Four at the Rizal Memorial Stadium.

Ateneo and Far Eastern University, two teams which faced off for the crown two years ago and are determined to reclaim lost glory, clash in the other semifinal at 4 p.m.

The winners of these knockout matches will advance to the one-game final on May 16 at the same Malate venue.

Overcoming first round struggles where they were at the near bottom of the league table, the Fighting Maroons got into the groove went undefeated in the second round with six wins and a draw to finish second with 26 points.

The Green Archers, for their part, needed four consecutive wins to end up third with 25 points.

UP and La Salle, which also met in the Final Four last year, split their head-to-head this season.

The Blue Eagles, who missed the Finals last year, started flat but were able to get their game going behind elimination round top goalscorer Jarvey Gayoso to become the No. 1 side with 26 points, dislodging the Maroons on top by virtue of superior goal difference. 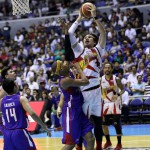 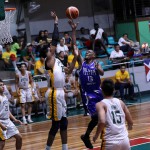