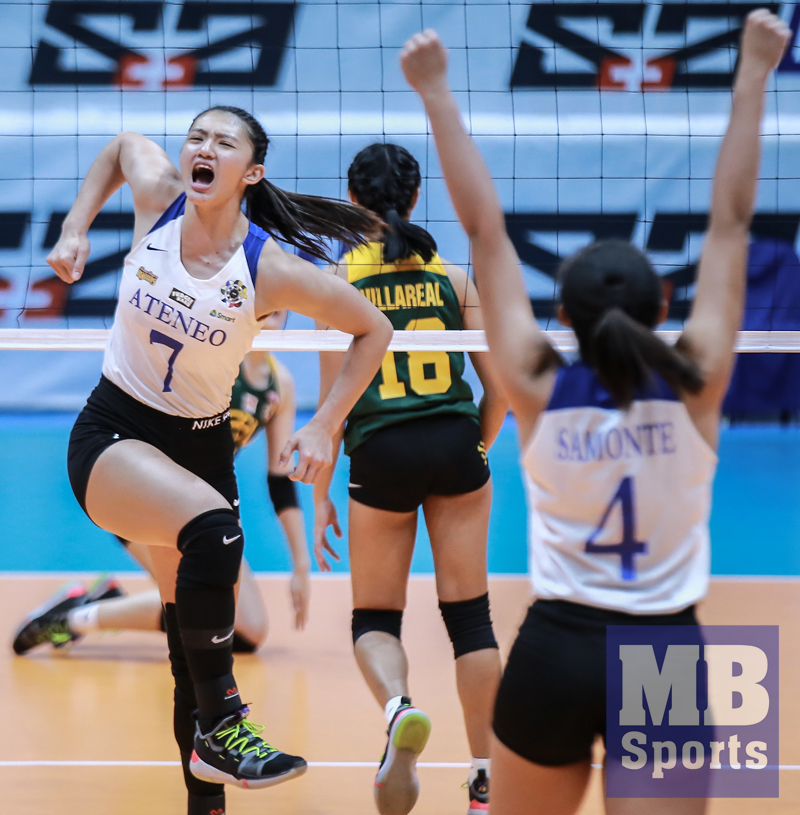 Ateneo arranged a title showdown with University of Santo Tomas after topping Far Eastern University, 25-20, 21-25, 25-23, 25-14, in the rubber match of their UAAP women’s volleyball Final Four at The Arena in San Juan.

The Lady Eagles, who also avenged last season’s Final Four defeat to the same team, will face the Tigresses in a best-of-three finals set Saturday at the Smart Araneta Coliseum.

UST, which the finished the elims at No. 2, earned the first finals berth after ending the three-year title reign of La Salle last Sunday.

Ateneo swept their two elimination round meetings with UST but the latter is on a high after winning its final five games, including the Final Four.

Jerrili Malabanan and Heather Guino-O scored 18 and 12 points in their final collegiate games as FEU fell short of a return trip to the finals.