Petron’s failure to come up with a sweep turned out to be a blessing in disguise as it willed it to go all out and clinch the Philippine Superliga Grand Prix title before a massive crowd late Saturday at the Filoil Flying V Centre in San Juan.

Coach Shaq Delos Santos admitted that after absorbing a sorry loss to F2 Logistics in Game 1 of their best-of-three finals showdown, he presided an open-forum session to give the players a chance to reflect and re-establish their priorities.

Niemer and Bell fulfilled their promise as they powered the Blaze Spikers to an impressive 26-24, 25-19, 23-25, 25-19 victory in Game 3 to formally clinch their sixth title in this tourney that also has ESPN5 and 5Plus as broadcast partners.

Niemer lit up the scoreboard with 31 points while Bell chipped in 16 markers for the Blaze Spikers who bounced back from a third-set meltdown en route to winning the title.

Niemer, the hard-serving Kentucky native who was considered to be part of the United States national women’s team last year, also emerged as Best Scorer and Most Valuable Player award. 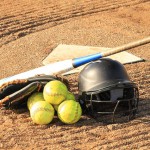 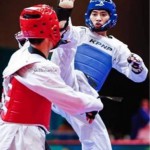