Magnolia regained its defensive swagger after a frustrating performance the last time, downing San Miguel Beer, 86-82, for a 2-1 lead in the PBA Philippine Cup Finals at the Smart Araneta Coliseum.

The Hotshots turned their focus on making life miserable for Beermen center June Mar Fajardo with veteran Rafi Reavis, Ian Sangalang and Kyle Pascual making sure they would recover from a 108-101 loss in Game 2.

The three were responsible in Magnolia’s control of the glass, hauling down 71 rebounds compared to just 46 for San Miguel.

Magnolia once again reduced Fajardo’s supporting cast to an afterthought as when San Miguel got to within two, 68-66, on Arwind Santos’ three with 10:45 left in the fourth.

Reavis capped off a string of seven straight points with back-to-back baskets to make it 75-66 with 4:30 to go while forcing San Miguel to miss seven straight three-point shots.

San Miguel changed its strategy by going to Fajardo at the post but Magnolia was up to the challenge and preserved the victory.

“We were more aggressive and we dictated the tempo of the game,” said Magnolia coach Chito Victolero.

The Hotshots are hoping to sustain the momentum for a commanding 3-1 lead in Wednesday’s fourth game at the same venue.

The rest of the talent-laden Beermen were anemic on the offensive end with Chris Ross going 2-of-10 for seven points, Marcio Lassiter six points on 2-of-9, Alex Cabagnot 11 points on 4-of-13 and Terrence Romeo 5-of-13 despite 15 points.

“We were outhustled and outworked and our effort was not enough,” said SMB coach Leo Austria, putting in plain words the Beermen’s plight in Game 3. 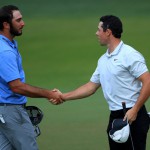 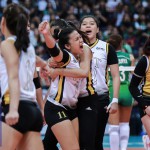