LeBron James indicated he was shocked and upset by Magic Johnson’s surprise abrupt decision to quit as the president of basketball operations for the NBA’s Los Angeles Lakers last month.

James made comments in the latest episode of his HBO television show “The Shop” that features him sitting in a barbershop chair and talking informally with friends. The episode aired on Saturday but was taped on April 11, two days after retired Lakers playing legend Johnson’s sudden exit.

It was Johnson who played a key role in convincing James to leave the Cleveland Cavaliers last year to come to the Lakers with hopes of leading them back to glory days such as eras with Kobe Bryant and Shaquille O’Neal or the “Showtime” era featuring Johnson.

“I came here to be a part of the Lakers organization, having a conversation with Magic and really kind of breaking it down and saying how we was going to make this ‘Showtime’ again, and I wanted to be part of that process,” James said during the episode.

Johnson announced his choice in an impromptu news conference without first telling many in the Lakers organization, including owner Jeanie Buss, Lakers general manager Rob Pelinka and James.

The Lakers have dropped coach Luke Walton and are reportedly looking to hire Tyronn Lue, who had been coach of the Cavaliers when James led them to an NBA title in 2016. (Agence France-Presse) 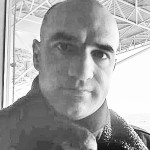