Jordan Mintah produced a hat trick and Kaya-Iloilo kept its bid for a berth in the ASEAN Zonal semifinals alive with a 5-1 romp of Lao Toyota on Tuesday in the AFC Cup at the Panaad Stadium in Bacolod City.

The Ghanian striker produced the opening goal in the 11th minute before finding the net twice in the second half to give Kaya the much-needed three points.

Connor Tacagni and Yannick Tuazon scored in each half, the latter off an assist by Mintah, to help Kaya improve to eight points for second place behind Indonesia’s PSM Makassar in Group H.

Kaya, however, is no longer in contention for the top spot in the group after PSM came back from two goals down at home to beat Singapore’s Home United, 3-2.

But Kaya gained the lead in the race for the fourth semis berth given to the best second placer among the three clubs in the ASEAN zone.

Kaya was a point ahead of Vietnamese sides Hanoi of Group F and Becamex Binh Duong of Group G. The two were facing separate clubs at presstime.

Meanwhile, Ceres Negros was aiming for a place in the ASEAN zonal semis at presstime against Shan United in Yangon, Myanmar. 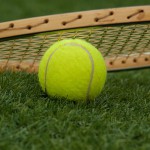