VINCE Carter (15) of the Atlanta Hawks.

WASHINGTON (AFP) – Vince Carter says he will return next season for a record 22nd NBA campaign at age 42, although it might not be with his current club, the Atlanta Hawks.

Once among the NBA’s elite players, eight-time NBA All-Star swingman Carter will find himself alone in NBA endurance if he can sign a contract for another season.

Carter revealed his plans on his “Winging It” podcast, saying, “I’m coming back.”

But when asked if his return would be with the Hawks, who signed him to a one-season deal last August for $2.4 million, Carter was less certain, saying only: “I would like to. We’ll see what happens.”

Carter averaged 7.7 points, 2.6 rebounds and 1.1 assists over 17.5 minutes a game in 76 appearances for the Hawks, who went 29-53, 12 games behind Detroit for the final Eastern Conference playoff berth. 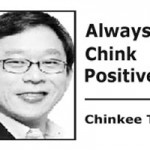