Rain or Shine center Jewel Ponferrada (right) calls for a time out as Magnolia’s Ian Sangalan tries to snatch the ball from him during Game 6 of their semis series which the ROS Painters won, 91-81. (MB photo | Rio Deluvio)

Rain or Shine and Magnolia are expected to throw everything they can as they face off one more time for the right to face San Miguel Beer for the crown in Game 7 of their PBA Philippine Cup semifinals at the Mall of Asia Arena.


Gametime is set at 6:30 p.m. with the Elasto Painters and Hotshots anticipating new things that could come out with a chance to play in the PBA’s biggest stage on the line.

The interested observer is San Miguel which dispatched Phoenix Pulse in five games in the other semifinal series.

Rain or Shine prevented Magnolia from securing a finals rematch with San Miguel after pulling off a 91-81 win Friday night at the Ynares Center in Antipolo City.

Veterans James Yap and Beau Belga played integral roles in the win while Rey Nambatac’s crucial baskets in the waning minutes of the fourth allowed Rain or Shine to pull away from a tight contest.

“Magnolia, in this situation, probably has the upper hand of the experience,” Garcia said. “But like I told my players right from the start of the conference they have to start each other and let’s see what happens in Game 7.”

Rain or Shine is aiming for its sixth finals appearance and the first since Yeng Guiao, the franchise’s most successful coach, left for NLEX in 2016.

Hotshots coach Chito Victolero is hoping that familiarity will be beneficial for his squad, though their previous Game 7 experience ended in disappointment when they lost to Barangay Ginebra San Miguel in the 2017 Philippine Cup.

But Victolero also said aggressiveness which was lacking in Game 6 is something Magnolia needs to show in order to secure another finals trip.

Magnolia center Ian Sangalang vowed to come out and play in Game 7 while Paul Lee, Jio Jalalon and Mark Barroca, who struggled the last time, are also expected to play with the same mentality. 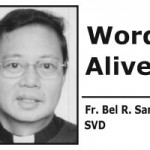