LOS ANGELES (AFP) – The Sacramento Kings and NBA have opened an investigation into allegations of sexual assault against head coach Luke Walton, a joint statement said on Thursday.

Walton, who joined the Kings last week after parting company with the Los Angeles Lakers on April 12, is being sued by reporter Kelli Tennant who alleges he assaulted her at a hotel in Santa Monica in 2014.

Walton, who was working as an assistant coach at the Golden State Warriors at the time, has denied any wrongdoing.

The Kings and NBA said the claims in the lawsuit against the 39-year-old coach would be probed by legal investigators.

The Kings have hired Sacramento-based lawyer Sue Ann Van Dermyden an expert on employment law and Jennifer Doughty, a veteran investigator to probe the case.

The NBA investigatory team would be lead by Elizabeth Maringer, the league’s senior vice president and assistant general counsel.

Maringer is a former federal prosecutor at the Southern District of New York.

An attorney for Walton, Mark Baute, has called the allegations ”baseless.”

”Luke Walton retained me to defend him against these baseless allegations,” Baute said in a statement.

”The accuser is an opportunist, not a victim, and her claim is not credible. We intend to prove this in a courtroom.”

CELTICS ICON DIES
In Boston, John Havlicek, a Hall of Famer and the Boston Celtics’ all-time leading scorer, died Thursday in Florida. He was 79. 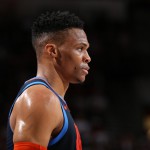