The country’s volley stars, led by Alyssa Valdez, Myla Pablo, Steph Mercado and Dzi Gervacio, gather in the S+A Volleyball Fans Day today to mingle with the fans ahead of the third season of the Premier Volleyball League.

Fans will be treated to a fun day starting at 12 noon at the Trinoma Activity Center in QC where they will get to meet and play games with their idols gearing up for another fierce battle for volley supremacy starting in May.

Valdez will be with Creamline teammate Jema Galanza, Mercado of PetroGazz, Pablo of Motolite and Gervacio of BanKo Perlas, along with Satrianni Espiritu of BaliPure.

Jovelyn Gonzaga will also grace the event with the former national team mainstay and FEU star to banner Pacific Town-Army, which will make its debut in the country’s premier league.

Fans who registered via ktx.com.ph will have the opportunity to get autographs and selfies with their idols. Also on tap is a mini-concert featuring Star Music artists Hashtag Rayt and Janella Salvador, and Kyler from Tarsier Records; a fashion show by CHALK magazine, where the stars, led by Valdez, Pablo and Mae Tajima will showcase the latest in “athleisure” fashion; and a special segment for the country’s leading music channel MYX, hosted by VJs Ai and Samm.

Fans can still register through ktx.com.ph to participate in the meet and greet. 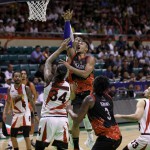 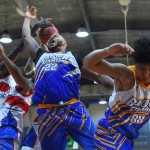