Balanga’s Alvin Pasaol (right) celebrates after knocking in a huge basket in the team’s thrilling 20-19 win over Moscow Inanomo Thursday in Doha. The Pinoy bets completed a two-game sweep of their group elims. (Courtesy of Chooks-to-GO)

DOHA, Qatar – Pasig Chooks and Balanga Chooks got off to perfect starts, winning their first two games Thursday to advance to the knockout round in the 2019 FIBA 3×3 World Tour Masters here.

Cheered on by a huge Filipino crowd at the Katara Amphitheatre, Balanga swept Pool C elims in dramatic fashion, pulling off a 20-19 thriller over the fancied Moscow Inanomo – thanks to the heroics of University of the East star Alvin Pasaol.

They did it without Leonard Santillan who his right ankle early on during Balanga’s 19-17 stunner over 2019 Wuxi Challenger champion Riga Ghetto of Latvia.

“Our teams showed to the world what we have been doing for the last three months,” said Chooks-to-Go Pilipinas 3×3 Commissioner Eric Altamirano. “Unlike past teams that were confused with the rules, Pasig and Balanga only made a few mental mistakes during their games. In addition, they were disciplined.”

With the game heading into extra time, the first team to score two points would win.

Moscow’s Yura Bespalov was able to draw first blood. But the Russians could not even celebrate the shot as Pasaol was waiting in the corner, knocking down a quick deuce to seal the win.

Not to be outdone was Pasig.

With the game tied at 14-all with 1:04 left, Serbian import Nikola Pavlovic knocked down a long deuce for the go-ahead basket.

Liman though would put up one last run, cutting the lead to just a solitary point, before Taylor Statham took over and scored back-to-back buckets to complete the massive upset. 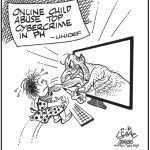