Magnolia produced a second half outburst and frustrated Barangay Ginebra San Miguel, 106-77, to force their PBA Philippine Cup quarterfinal series to a deciding third game at the Smart Araneta Coliseum.

Non-existent in Saturday’s Game 1 setback, Jio Jalalon and Mark Barroca got back in a massive way to help the Hotshots prevent a sweep and set the stage for a do-or-die match set 7 p.m. Wednesday at the same venue.

Jalalon finished with 17 points, five rebounds, six assists and five steals and Barroca added 13 points and four steals after combining for just seven points on 3-of-18 shooting in the 86-75 loss at the Mall of Asia Arena.

“They told me (before Game 2) na they will go all out kaya I’m very proud of both players, kung baga yung game nila yun yung Jio Jalalon and Mark Barroca,” he added.

Another player who stepped up was Robbie Herndon, who put up 11 points to compliment leading scorer Ian Sangalang and Paul Lee.

The Hotshots led 51-38 at the half before pouncing on the Kings in the third to build their biggest lead at 31 points multiple times in the second half.

Ginebra coach Tim Cone could only watch in disappointment as his team committed 20 turnovers while only one player breached double figures. 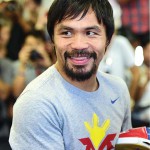 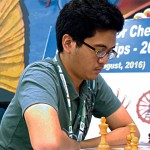