Barangay Ginebra and San Miguel Beer go for the sweep of their respective best-of-three foes in the PBA Philippine Cup quarterfinals at the Smart Araneta Coliseum.

Ginebra looks to repeat over “Manila Clasico” rival Magnolia in the 4:30 p.m. opener while San Miguel aims to deal TNT KaTropa another playoff disappointment in their 7 p.m. affair.

The two teams posted contrasting wins in Saturday’s series opener at the Mall of Asia Arena.

With Art dela Cruz playing the unlikely role of lead man, Ginebra cruised to an 86-75 win while June Mar Fajardo converted crucial baskets in the final two minutes to help San Miguel escape with an 80-78 victory over TNT.

Dela Cruz had his best game since being acquired from Blackwater in 2017 with 14 points, scoring eight in the second quarter when Ginebra broke away to turn the contest into a blowout.

Ginebra is shooting for its eighth straight semifinals berth but Magnolia is expected to make things tough in hopes of sending the series to a deciding third game on Wednesday.

“They’re a tough team to crack,” said coach Tim Cone. “They know how to win, they know how to handle a series. Beating them up 1-0 is nice, but certainly not comfortable. We’ll see if we can bring it again.”

Paul Lee and Ian Sangalang will attempt to prevent Magnolia from getting swept, but the key will be on whether Mark Barroca and Jio Jalalon can rebound from a combined 3-of-18 shooting.

No one is more determined to beat TNT than Romeo, who scored 15 points against his former team.

TNT looks to stay alive with Troy Rosario, Roger Pogoy and Jayson Castro as it deals with the absence of Jericho Cruz, reportedly due to injury. 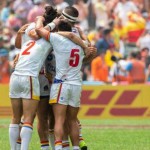 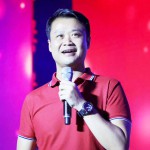