Magnolia’s Marc Pingris will sit out the rest of the PBA Philippine Cup to give himself more time to fully recover from a left ACL injury sustained more than a year ago.

Pingris said he plans on making a comeback in the Commissioner’s Cup in May, completely shutting down the possibility of suiting up for the Hotshots in the upcoming playoffs.

Magnolia, currently holding a 5-5 record, is already assured of a playoff berth even if it falls to NLEX in Wednesday’s conclusion of the eliminations at the Big Dome.

The Hotshots veteran has yet to see action since tearing his ACL in Game 1 of the Philippine Cup semifinals against NLEX in March 2018 at the Smart Araneta Coliseum.

He bared before the season the possibility of returning in February or March began but opted instead to extend his recovery period.

That also forced him to miss the recent PBA All-Star Weekend in Calasiao, Pangasinan where Pingris was included in the roster of the winning North selection.

Despite failing to see action, Pingris gave the fans a treat by participating in the dance off by performing the eagle dance popularized by viral sensation Dante Gulapa. 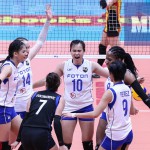 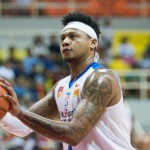