James Harden #13 of the Houston Rockets shoots the ball against the Denver Nuggets. (AFP)

LOS ANGELES (AFP) – James Harden scored 38 points to lead the Houston Rockets to a 112-85 victory over the Denver Nuggets in a battle of NBA Western Conference contenders on Thursday.

Reigning NBA Most Valuable Player Harden added six rebounds and six assists in 32 minutes on the floor as the Rockets blew past a Nuggets team boasting the second-best record in the West behind the reigning champion Golden State Warriors.

“I think it’s important for our confidence, our rhythm, our chemistry,” said Rockets center Clint Capela, who added 17 points with 15 rebounds. “We did a good job tonight to keep them under 25 points a quarter.”

Eric Gordon added 18 points and Austin Rivers chipped in 15 for the Rockets, who out-scored the Nuggets 40-19 in the second quarter to seize control of the contest.

Elsewhere, the Utah Jazz’s playoff berth was confirmed thanks to the Sacrament Kings’ 121-118 loss to the New Orleans Pelicans.
The playoff- bound Toronto Raptors encountered little resistance from the Knicks in a 117-92 victory in New York.

Forward Pascal Siakam led the Raptors with 31 points as Toronto improved to 53-23 – second in the East behind the Milwaukee Bucks who improved to 57-19 with a 128-118 victory over the Los Angeles Clippers.

The Philadelphia 76ers strengthened their hold on the third seed in the East with a 123-110 victory over Brooklyn that saw the Nets slip a notch to seventh – the penultimate playoff spot.

The Detroit Pistons found themselves in sixth in the East after a valuable 115-98 victory over the Orlando Magic – who dropped out of a playoff spot into eighth place with the defeat coupled with the Miami Heat’s 105-99 win over the Dallas Mavericks.

The Pistons, who had lost six of nine games, snapped a three-game losing streak and they also take the season series against the Magic three games to one – a playoff tiebreaker advantage.

The Heat, coming off a loss to Orlando on Tuesday, got themselves back in playoff position at No. 8 with a 105-99 victory over the Dallas Mavericks.

Goran Dragic marked his return to Miami’s starting lineup with a triple-double of 23 points, 11 assists and 12 rebounds.

It was the Slovenian guard’s first triple-double with the Heat and his first since he was with the Houston Rockets in 2010-11.

The Heat knotted the score at 62-62 early in the third, but Dallas had edged ahead 82-75 going into the final frame before Miami managed to seal the win. Veteran Dwyane Wade scored six of his 11 points in the fourth quarter.

‘’This group has some character and we had to really reveal a lot of that in the second half,’’ Spoelstra said. 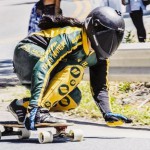