Abigail Viloria and Arianne Mae Trinidad booked their place in the 2019 Go For Gold Skateboarding National Championships after topping their respective events in the Luzon qualifying leg recently.

The duo installed themselves the favorites in the national finals on Aug. 24-25 in Sta. Rosa, Laguna after topping the women’s downhill and game of skate events.

Trinidad defeated Jennica Eunesse Gulapa and Gwen Cabangon in the game of skate held in Robinson’s Place Novaliches while Viloria, who hails from Cavite, was the fastest competitor in the women’s downhill race.

Airish Tenorio of Camarines Norte and Julieann Hilario of Batangas placed second and third behind Viloria, but they also booked a ticket to Sta. Rosa since the podium finishers are all qualified to the national championships.

“I believe skateboarding is a great sport to encourage our youth. It’s not so expensive and can be done almost anywhere,’’ said Go For Gold godfather Jeremy Go.

“We hope that our athletes can serve as role models to keep Filipino kids in sports and out of trouble,’’ added Go, also the vice president for marketing of Powerball Marketing and Logistics Corp., the company behind the Go For Gold program.

The national finals of the 2019 Go For Gold Skateboarding Championships also serves as the national qualifier for the SEA Games, which the Philippines will host on Nov. 30-Dec. 11.

In the men’s division, Charles Louise “CL’’ Paje ruled the game of skate after eliminating the equally talented and fearless Christian Louie Enconado and Mark Garcia. 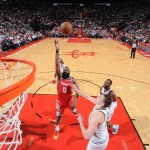