Austin Barnes #15 of the Los Angeles Dodgers is congratulated by third base coach Dino Ebel. (AFP)

The Dodgers belted a whopping eight home runs in a 12-5 victory over the Arizona Diamondbacks at Dodger Stadium to launch their quest for a third National League crown.

But the six-month campaign began for the other 28 clubs with typical Opening Day-style festivities across several venues, starting with the New York Yankees’ 7-2 win over Baltimore in New York and the New York Mets’ 2-0 win at Washington.

The onslaught more than backed starting pitcher Ryu Hyun-jin. The South Korean left-hander limited the Diamondbacks to one run on four hits in six innings. He struck out eight and didn’t walk a batter.

Meanwhile the Boston Red Sox, who vanquished the Dodgers in the World Series last season, fell 12-4 to the Mariners in Seattle.
Seattle’s new shortstop Tim Beckham smacked a pair of home runs in his first two at-bats off Boston ace Chris Sale. 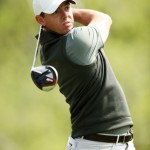