NO MORE LIKE THIS: Gilas coach Yeng Guiao hopes to repair the country’s relationship with Australia by holding a friendly game. Photo shows Gilas’ Andray Blatche and Jason Castro going up against Daniel Kickert. (Tempo file)

Everybody knows that Gilas Pilipinas is facing a gargantuan task in the coming FIBA World Cup so coach Yeng Guiao is looking to have a friendly game with a former enemy.

Guiao said facing Australia is an option since the Nationals are out to toughen themselves up for what seem to be an impossible mission in China,

Aside from the Aussies, Guiao also like to gauge their chances by playing against the ‘Tall Blacks’ of New Zealand so he wants to propose his plan to the Samahang Basketbol ng Pilipinas.

“Now that we know the groupings, maybe we can consider playing teams which are not our group, and Australia and New Zealand are teams that can really help us get that experience because they are both world-class teams,” said Guiao.

“Maybe we can go there (Australia), restart our friendship with them, play goodwill games. If we can push through with that, we can achieve two things. First we’ll get the experience playing a strong team, and second restore our relationship with them… and I think it’s going to be good for us and benefit our team,” added Guiao.

The Nationals then under coach Chot Reyes figured in a massive and embarrassing brawl with the Aussies during the third window of World Cup qualifiers at the Philippine Arena in Bulacan that led to suspension on 10 players and two coaches of Gilas and three from Australia, plus hefty fines on the two basketball federations from FIBA.

Guiao thinks it’s about time for the two nations – particularly the basketball community – to forgive and forget, and help each other in preparation for the World Cup set August 31 to September 13.

The national team is in Group D of the World Cup with Serbia, Italy and Angola. New Zealand is in Group F with Greece, Brazil and Montenegro, while Australia is in Group H with Canada, Senegal and Lithuania.

Guiao said that playing either in tune up games or an international tournament like the Jones Cup in Taipei is “very important” for Gilas.

Since the PBA board, following its meeting late last month, is hesitant on disrupting its schedule that it turns down already the idea of playing in the Jones Cup, Guiao said playing Australia and New Zealand could be a good replacement.

Guiao pointed the Aussies and Kiwis have the same style as European basketball.

The Serbians are currently ranked No. 4 in the world while Italy is No. 13.

Australia is at No. 11 while New Zealand, though it is at 38th, has defeated the Philippines during the FIBA Olympic Qualifying Tournament held at the Mall of Asia (MOA) Arena in Pasay City three years ago. 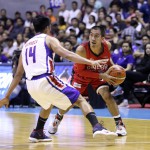 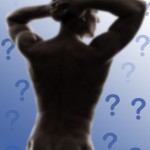