Darren Collison #2 of the Indiana Pacers shoots the ball against the Oklahoma City Thunder. (AFP)

LOS ANGELES (AFP) – Wesley Matthews scored the winning basket with two seconds remaining in the fourth quarter as the Indiana Pacers rallied to defeat the Oklahoma City Thunder, 108-106, on Thursday.

Matthews put back the winner with two seconds left, capping a 16 point, seven rebound performance for the Pacers who were down by 18 points at one stage.

“Man, this team fights. That’s one of the big reasons why I chose to come here,” Matthews said. “We fight, we compete. No lead is too much. We needed a win against a playoff team, and that’s what we’ve got to do going forward.”

Domantas Sabonis, who used to play for the Thunder, finished with 26 points as the Pacers stormed from behind in the final 15 minutes of the contest.

Indiana’s magic number for booking a spot in the postseason is now one.

Paul George led the Thunder with 36 points in just his second game in Indianapolis since being traded in July 2017.

Russell Westbrook added 19 points, 14 rebounds and 11 assists, but missed a three-pointer at the buzzer that would have won it.
Oklahoma City controlled the pace for most the game but the Pacers changed the script in the third quarter.

In Salt Lake City, Jazz owner Gail Miller spoke to the crowd Thursday prior to their 120-100 win over Minnesota to address the kerfuffle between Westbrook and their fans. Utah permanently banned Keisel from all arena events.

Miller, who has owned the team for 34 years, asked the crowd to behave, saying “We are not a racist community. No one wins when respect goes away.”

The 2017 league MVP later said he had been subjected to racist abuse by the fan.

‘’The young man and his wife in the stands told me to get down on my knees like you used to,’’ Westbrook said.

Keisel denied using a racist remark, saying he said, ‘’sit down and ice your knees.’’

Normal Powell added 20, while Pascal Siakam had 16 and Marc Gasol scored 15 for the Raptors, who improved to 49-20 on the season. 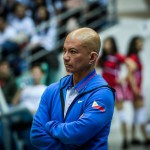