With six gold medals at stake, Triathlon Association of the Philippines President Tom Carrasco is confident Filipino athletes are capable of winning four gold medals in the 30th Southeast Asian Games the country is hosting later this year.

Aside from triathlon, the 2019 SEA Games will have duathlon competitions and Filipinos are also favored to rule the event.

“I think four is achievable considering the performance of our athletes in the last SEA Games,” said Carrasco.

“Just like in any other competitions, our athletes are preparing hard, and this is special of course because we’ll be hosting the SEA Games. We want to deliver the goods in front of our countrymen; we all want to give them a good showing.”

Triathlon will be pinning its hopes on Nikko Huelgas, John Chicano, Kim Mangrobang and Claire Adorna.

Huelgas captured the gold medal in the men’s individual during the last two SEA Games in Singapore in 2015 and in Malaysia in 2017, while Chicano earned a silver medal in the same category two years ago.

Mangrobang won the gold in the women’s side in 2017 as she edged Adorna, the champion in 2015.

The other members of the ‘aspirants’ team are Kim Kilgroe in the women’s, and Mark Hosanna, JC Abad, Edward Macalalad, Julius Crisostomo in the men’s division, from where the duathlon participants will come.

Both the triathlon and duathlon events will have competitions in men’s and women’s individual races, and the mixed competition set December 1 to 5 in Subic. 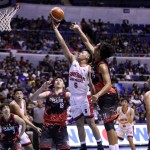 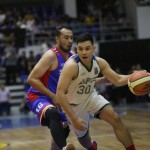