LOS ANGELES (AFP) – Former world No. 1 Tiger Woods withdrew from this week’s Arnold Palmer Invitational on Monday after failing to shake off a neck strain.

In a post on Twitter, Woods said the problem was unrelated to the lower back issues which sidelined him for nearly two years, and added he had no concern over his long-term fitness.

“Unfortunately due to a neck strain that I’ve had for a few weeks, I’m forced to withdraw from the API (Arnold Palmer Invitational,” Woods said.

“I’ve been receiving treatment, but it hasn’t improved enough to play. My lower back is fine, and I have no long-term concerns.”

Woods added he hoped to be fit for The Players Championship at TPC Sawgrass from March 14-17 as he builds towards next month’s Masters.

The Arnold Palmer has been a favourite hunting ground for Woods over the years, with the 43-year-old winning at Bay Hill a record eight times.

This week’s appearance would have been his 19th participation at the event.

‘’I’d like to send my regrets to the Palmer family and the Orlando fans,’’ Woods said.

‘’Its connection to Arnold makes it one of my favorite tournaments and I’m disappointed to miss it.’’ 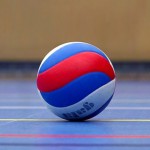 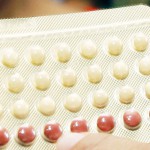