ANTIPOLO CITY — Coach Yeng Guiao admitted that playing in the William Jones Cup would have been beneficial for Gilas Pilipinas ahead of its return stint in the FIBA World Cup.

Guiao was forced to find other means to make sure Gilas would be in tip-top form before the World Cup in China after the idea of playing in the Taiwan tournament was shelved following a recent PBA Board meeting.

While open to the idea of staging pocket tournament or friendlies, Guiao said that playing in the Jones Cup could have given the national cagers an opportunity to play high-level matches before FIBA’s biggest showpiece.

“I don’t consider it as a setback, but certainly my anticipation in competition in a high-level tournament is going to have to take a backseat for now,” Guiao said after members of Gilas were honored during Sunday’s PBA doubleheader at the Ynares Center here.

“So we’ll have to derive that to some other sources or means,” added Guiao, who the previous Sunday steer Gilas back to the World Cup following a win over Kazakhstan in the final game of the qualifiers in Astana.

Guiao is also concerned on whether the unlikely prospect of seeing naturalized player Andray Blatche suit up as an import in the PBA Commissioner’s Cup could affect Gilas’ preparation.

The league’s 6-foot-10 height limit coupled with the question of which team would get his services meant that seeing the 6-foot-11 Blatche suit up in the country after his pro gig in China could be easier said than done.

For Guiao, keeping him fit in the lead-up to the World Cup will be a difficult task without the significant preparation.

“My worry is that after his China commitments, Andray Blatche is going back to the States, and for how long we don’t know,” he said. “And if he’s not competing, there’s a chance of him getting out of shape.”

Guiao hopes to set his plans in motion once Gilas knows its bracket for the World Cup when the draw is held on March 16 in China. 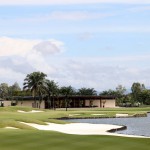