PBA legends from Ginebra, San Miguel, Purefoods and Alaska pose after the successful staging of the “Return of the Rivals”. UNTV, which helped organize the event, donated P3 million to the PBA Legends Foundation.

Defending champion Senate and Philippine National Police (PNP) dispute the second finals berth when they clash in the rubber match of their semis series in the 7th UNTV Cup tomorrow at the Pasig City Sports Center.

The Senate Defenders of coach Mike Fermin forced a deciding Game 3 following their 74-69 Game 2 win over the Responders two weeks ago.

Former University of the East player Ollan Omiping hopes the league’s long break will help the Responders recover from that defeat that ended their impressive seven-game winning streak dating back in the elims.

The winner in the 4:30 p.m. showdown will face two-time champion Armed Forces of the Philippines in a best-of-three title series with the chosen charity of the winning team earning a tax-free P4 million prize.

The Cavaliers advanced to the finals by sweeping past the National Housing Authority Builders in their own series capped by an 86-78 win also two weeks back.

The deciding Game 3 was pushed by a week in support of UNTV’s other project – the Return of the PBA Rivals which turned out be a blockbuster affair.

With the success of the project, UNTV president and CEO Dr. Daniel Razon donated P3 million to the PBA Legends Foundation.

Omiping was held to just 12 points the last time – a far cry from his 27-point show in the team’s 79-74 win in the opener of their best-of-three title series.

Mangaran led Senate with 17 points while Rey Malaga, Jr. contributed six of his 12 points in the fourth that helped change the complexion of the game. 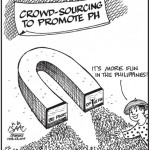 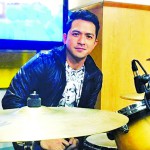