Adamson University went to a hot start Sunday to jumpstart its title bid in UAAP men’s volleyball at the Mall of Asia Arena in San Juan City.

It was a revenge of sorts for Adamson, which bowed to UST in five sets in a playoff for the last Final Four berth last season.

Skipper Paolo Pablico were relentless throughout, attacking the net with his hard-hitting spikes to power the Falcons with 23 points that included 21 kills.

Joshua Umandal posted 22 points while Manuel Medina finished with 16 points for the Tigers, who struggled in the crunch. 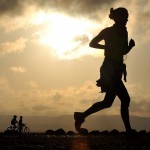