Apart from exciting action, drama is also set to unfold when the Philippine Superliga Grand Prix fires off this Saturday at the Ynares Arena in Pasig City.

The comely American is one of the best imports the league ever saw.

After leading Cignal, she led Foton to back-to-back titles before joining teaming up with Hillary Hurley in Petron in 2017.

The Blaze Spikers fell short of winning the crown as Maria Jose Perez of Venezuela and Kennedy Bryan of the United States powered F2 Logistics to a dramatic come-from-behind victory in their best-of-three title showdown.

The following year, Stalzer returned and joined Katherine Bell in dethroning the Cargo Movers in a very convincing fashion.

But with Petron reaching an agreement with Bell and power-hitting Stephanie Niemer in the off-season, Stalzer was left unsigned, prompting the Cargo Movers to tap her to serve as reinforcement together with Italian-American Becky Perry.

And it sets the stage for another blockbuster and dramatic battle between two of the best club teams in the country today – Petron and F2 Logistics – in their first meeting on March 7 at the Filoil Flying V Centre in San Juan.

“If I’m not mistaken, this is her sixth time to play in the league,” said F2 Logistics’ captain Cha Cruz during the press conference last Sunday at the Sta. Lucia Grand East Mall in Cainta.

“She always gives her best to the team she plays for. So we’re expecting nothing but the best performance from her as well from her partner, Becky Perry. We have high hopes coming into the PSL Grand Prix.”

F2 Logistics isn’t the only team who could give the reigning champion a run for its money.

United Volleyball Club, Generika-Ayala, Foton and Sta. Lucia are also coming in with high expectations following a massive buildup in the off-season of this battle that also has ESPN5 and 5Plus as official broadcast partner.

UVC will be parading a rock-solid core of Filipino-Hawaiian stalwarts Kalei Mau and Alohi Robins-Hardy, Kiwi Amy Ahomiro, libero Bang Pineda and imports Tai Manu-Olevao and Yasmeen Bedart-Ghani while the Lifesavers will be resting its fate on Brazilian Nikolle del Rio and Azerbaijani Kseniya Kocyigit.

Not to be outdone, the Tornadoes are bringing in former Turkish national team member Selime Ilyasoglu and American Courtney Felinski while the Lady Realtors will have a new coach in Babes Castillo as well as imports Molly Lohman and Casey Schoenlein. 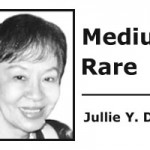