Mark Borboran scored a layup with the shot clock winding down and Rain or Shine preserved a 98-94 overtime win over Phoenix Pulse to gain the solo lead in the PBA Philippine Cup at the Smart Araneta Coliseum.

Borboran converted off a broken play, 12.1 seconds to go in the extension to seal the Elasto Painters’ fourth straight victory after squandering a double-digit lead in the second half that almost allowed the Fuel Masters to keep their unbeaten slate.

Rain or Shine improved to 6-1 while handing erstwhile leader Phoenix its first loss after a franchise best five straight wins to start the season-opening conference.

The Elasto Painters, all but confirmed of a place in the quarterfinals, won the second of a scheduled three games in as many playdates.

“We have to make the best out of it,” Garcia said of the hectic schedule.

Another balanced scoring attack keyed Rain or Shine’s triumph, with seldom-used guard Kris Rosales, who is averaging less than 13 minutes per game, scoring a career-high 16 points.

Gabe Norwood nearly joined the fray with eight points, including a jumper that nearly sealed Rain or Shine’s win in regulation for 87-83.

“Nice thing about this win was the way different players stepping up,” said Garcia, whose team made up for the struggles of leading scorer James Yap who was held to just two points.

Phoenix forced overtime when Jason Perkins, who eventually finished with a career high 27, scored a layup off Matthew Wright’s bounce pass to make it 87-all, 13 ticks to go.

Yap missed a stepback three to send the contest to an extension. 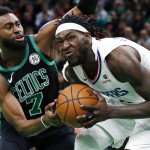 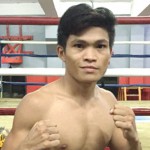