ATLANTA (AFP) – Tom Brady will chase a record-breaking sixth Super Bowl crown on Sunday as the New England Patriots take on the Los Angeles Rams in a clash of the generations set to rewrite NFL history.

Patriots star Brady, 41, will become the oldest quarterback ever to lift the title if he masterminds yet another championship in the latest milestone of a career that has shown no signs of flagging.

A win would see Brady become the only player in history to win six Super Bowls, an achievement which may never been beaten in an era of ever shorter NFL careers.

A capacity crowd of 75,324 will pack Atlanta’s futuristic Mercedes-Benz Stadium to see if Brady can lead his team to the Vince Lombardi Trophy once more, 17 years after his first triumph in 2002.

‘’When you’ve been in the position I’ve been in, you just count your blessings every day,’’ Brady said, who will be playing in his ninth Super Bowl, itself another record.

Records are also set to tumble in the event of a win by the youthful Los Angeles Rams, who are led by 24-year-old quarterback Jared Goff and head coaching prodigy Sean McVay.

McVay, still only 33, will become the youngest head coach ever to win the Super Bowl if he manages to outwit Patriots counterpart Bill Belichick, 66, who has won five Super Bowls as a head coach and two as an assistant in a coaching career that dates back to 1975.

The generational chasm that exists between Sunday’s principal protagonists is highlighted by a cursory comparison of their respective biographies.

When Brady inspired the Patriots to their first Super Bowl, Goff was seven years old.

Similarly, McVay was playing at quarterback for his high school football team when Belichick led New England to their 2002 win.

The vast differences in experience between the Super Bowl rivals have prompted bookmakers to install the Patriots as favourites to win a sixth title, putting them level with the Pittsburgh Steelers as the most successful franchise in history. 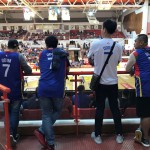 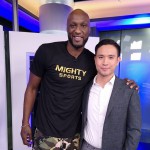