ATLANTA (AFP) – The NFL on Tuesday cancelled its traditional pre-Super Bowl press conference with stars of its halftime show amid reported criticism in the music world over the treatment of former San Francisco 49ers quarterback Colin Kaepernick.

Three-time Grammy Award-winning band Maroon 5 will headline the halftime concert in Atlanta on Sunday, one of the highlights of the biggest event on the US sporting calendar.

Usually, the musical acts due to perform at the Super Bowl hold a media conference on the Friday before the sporting showpiece.

However the NFL confirmed in a statement on Wednesday that no press conference would take place this year.

“Maroon 5 has been working hard on a Pepsi Super Bowl LIII Halftime Show that will meet and exceed the standards of this event,” a statement said. “As it is about music, the artists will let their show do the talking as they prepare to take the stage this Sunday.’’

The statement said instead of the press conference, :a cross-platform rollout of behind-the-scenes footage and content from each of the halftime performers’’ would get under way.

Maroon 5, the NFL and Interscope Records, meanwhile, announced a $500,000 donation to a children’s charity on Wednesday.

Maroon 5 are due to be joined by Atlanta native Big Boi and Grammy-nominated rapper Travis Scott in Sunday’s show. 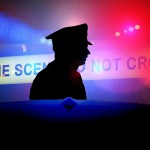 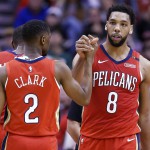