The 21-year-old Japanese star overcame the seventh seed, 6-2, 4-6, 6-4, to reach a second straight Grand Slam decider after her breakthrough triumph over Serena Williams at last year’s US Open.

But Pliskova, who ousted American great Williams with an epic comeback to make the semifinals on Wednesday, roared back in the
second before Osaka edged past her in the third.

“I expected it, I expected a really hard battle”’ Osaka said of Pliskova’s attempt to comeback from a set and a break down. “I just told myself to regroup in the third set and try as hard as I could no matter what, and I managed to win.”

She said her win at Flushing Meadows helped settle her nerves against the never-say-die Czech.

Osaka is bidding to become the first woman since Serena Williams in 2015 to win the US and Australian Opens back to back.

She will also become the new world number one, replacing Romania’s Simona Halep, if she beats Kvitova in the final.

Kvitova advance to the final with a 7-6 (7-2), 6-0 win over American debutant Danielle Collins who wilted in intense heat. 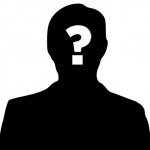