Mighty Sports held its first practice Wednesday night at the Urdaneta Village gym, but the spotlight surprisingly fell on Juan Gomez de Liano – not on its imports.

Even the comebacking former LA Lakers star Lamar Odom had some glowing words for the crafty University of the Philippines guard.
“This kid can play and is good,” said Odom of the UP star whose long bombs did not go unnoticed.

Overall, the practice was fine and coach Charles Tiu was pleasantly surprised everybody hit it off right away on their first meeting.

“First practice was OK, I like that, guys were excited, lots of laughs. They were practicing well,” said the younger brother of former Rain or Shine star Chris Tiu. “Hope we will do better next time.”

“Juan looked very good. I was also impressed with his decision making. His overall game, including his shooting was great,” said Tiu. “He can do things pretty well on the court.”

His only concern is that Harris and Odom – with the latter arriving in the morning – still didn’t have legs under them.

“We hope we can address that, and I believe coach Chris, coach Jong (Uichico), coach (Dean Casgtano) and coach Woody (Co) have plans for them,” said team owner Alex Wongchuking.

The team is leaving for Dubai next week to compete in the 30th Dubai International Basketball Championship on Feb. 1-9. 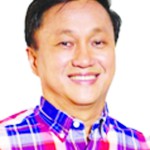