Health Secretary Francisco T. Duque III and former Health Secretary Janette L. Garin face a criminal complaint over the death of a doctor who was inoculated with the Dengvaxia anti-dengue vaccine.

Assisted by the Public Attorney’s Office, Norma Gotoc filed Thursday afternoon before the Department of Justice the complaint concerning the death of her son, Dr. Kendrick Gotoc.

“Complainant highly suspects Dr. Kendrick’s death is related to his inoculation with Dengvaxia, prompting them to seek assistance from the Public Attorney’s Office,” the complaint said.

Gotoc, who was 39 when he passed away on April 22, 2018 at the Providence Hospital in Quezon City, managed to tell his mother he received shots of the vaccine three times.

“The death of Dr. Kendrick caused complainant Norma extreme pain, mental anguish, and sleepless nights. She could not believe that he would die early. It was painful for her to lose her child who specialized in the field of medicine due to inoculation of a vaccine,” said the complaint. 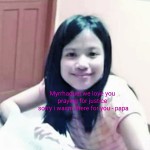