A construction worker was arrested last Sunday in Malate, Manila, for allegedly raping an eight-month-old baby.

In her complaint, the teen mother of the victim accused the suspect, a resident of Leveriza Street, of molesting her infant daughter.

The complainant supported her claim with the medico-legal findings from the Philippine General Hospital (PGH). 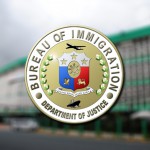